It’s been over a year since I quit smoking, so it’s probably safe for me to write about it with some confidence.

You are meant to find your first cigarette disgusting. But at 12 years old, I immediately liked it.

When I had my first major depressive episode at 15, I discovered that not only was smoking quite enjoyable, but the carbon monoxide hit to the brain was an excellent emotion suppressant. 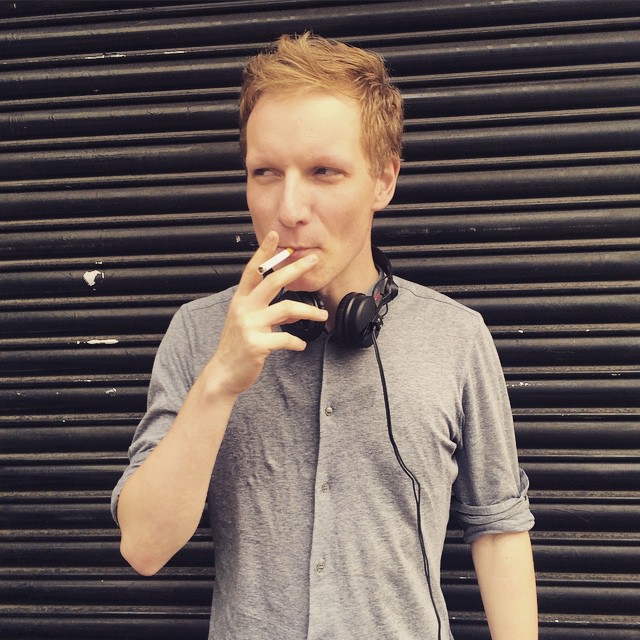 Smoking was something I so stubbornly did, it became a central part of my personality. For my 24th birthday the office made me a cigarette cake. I was the member of the smoking friend group that people could rely on not trying to cut down or quit.

You will be shocked to hear that at 33 year old, smoking was beginning to effect my health. Sure, in the future I’d probably die of cancer, but that was in the future and to be honest I have a depressed brain that can warp those kind of thoughts very easily. But I was beginning to get short of breath during normal daily life, and that was now and definitely not cool even in a depressed morose kind of way.

It was also coming to the end of the third lockdown, and quitting smoking seemed like something to do.

My friend had had success quitting a few years ago by reading Allen Carr’s book, so I bought the book. I got 10 pages in before I remembered that I hate reading books, so reading a book about something I didn’t want to do was never going to work.

Definitely not a cult

For £330 you can go on a 6 hour Allen Carr seminar. All of the marketing material makes it feel like a cult, so it took me a few visits before I reached the end of their obvious sales funnel. I ended up concluding that it’s probably because cults are also quite good at behavioural change. If I was going to join a cult, one that made me quit smoking was probably better than most.

The fact that by this point I was spending well over £200/month on cigarettes also made the price a little easier to pay.

I joined a zoom call at 10am with the therapist and 3 other attendees. I’m quite experienced when it comes to receiving therapy, so it was interesting to watch the therapist use a sprinkling of CBT technique, then psychoanalysis, Gestalt and so on. I realised afterwards that most therapists I have been to before are specialists in a technique and apply that to a relatively wide spectrum of problems. Allen Carr therapists have one very specific problem, and deploy a war chest of therapeutic techniques at once. The therapist does a very effective balancing act of being both caring and supportive, but also letting you know that they’ve heard all of your excuses every day for years.

And it really worked. After each hour of the course I’d leave my office for my cigarette break, and by the third hour my partner commented that I looked a bit shocked. It was sinking in.

6 hours seems a long time, but it’s worth it. Tackling nicotine addiction was like playing whackamole - as soon as you convince yourself against one reason to smoke, another pops up. So spending a good 6 hours really covering every possible reason all at once was probably the only way I was going to do it.

You end the session having your last cigarette. You are meant to find your last cigarette disgusting, but I didn’t, it was one of my favourite cigarettes ever, as I was truly present, a properly mindful cigarette. Paradoxically though, this made me realise how pointless all the other cigarettes were. If they were all this good, then sure, I’d consider continuing, but I realised that I wasn’t really enjoying 99% of my cigarettes any more, it was just automatic.

I didn’t throw my cigarettes away, I just put them down and haven’t smoked a whole one since.

I wouldn’t say that quitting was “easy” like they claim, but it was considerably easier than I thought it would be. For the first 2 months, I developed a 100g bag of M&Ms a day habit (“I have good news and bad news” I told my dentist), which was then swapped out for little cans of Perrier. There were a few moments I really wanted a cigarette, but they were far fewer and shorter lived than I expected. While there were many factors in this, I don’t think I could have done it without doing the course.

One unexpected side effect was just how much more productive I was in the following months. Some of this was distracted nervous energy, but I also learnt two things: just how much time smoking takes out of your day, and how often I was using going for a cigarette to avoid doing something difficult.

This last one was possibly the most challenging aspect to learn. Having a cigarette was a way to step away from a difficult social situation or a difficult task without thinking about it. Now I have to hold on to two thoughts: I can still step away from a difficult thing if I want to and sometimes it’s better stick with it. Tricky. But in the last year I have both continued to work on tricky things, which has been rewarding, but sometimes have stood outside pubs on my own doing absolutely nothing, which has also been fine!

I must admit I have broken the rules a bit: when I’ve been at festivals and having a particularly nice time I have nabbed a draw on a friend’s cigarette. I have given all of these draws the same attention as I gave my last cigarette, and I have loved every one of them. I know this is very frowned upon, and will probably be my downfall, but a year on so far I haven’t felt the need to have a whole cigarette afterwards. 🤞🏻

By the end of 2021, I was the healthiest I had been in my life. I then caught COVID quite badly over Christmas, and I started 2022 the least healthy I have ever been. I know that it would be way worse if I hadn’t quit smoking, but it has been demoralising to see so many of the gains disappear like that. Now the weather is warming up, I’m hoping the summer will be kind to my body.

My parting thought is it was quite an experience to so viscerally experience how little of my addiction was chemical, but mental. I credit my success in quitting to 2 decades of working on myself and better handling my mental health problems, and 6 hours of intense, focussed therapy. But we knew that already.