My initial emotion about 2021 was the bleakness of 2020 continued, with very little happening. That’s probably because most of what has happened is the continuation, but not completion, of projects that I started in 2019. But although all heavily delayed, major progress and milestones were made in all of them, as I think writing out all of the below shows.

I bought my weird 1860s Leyton cottage in 2016, and I’m probably going to live in it for the rest of my life. This means I want to fix the 160 years of british building bodgery, rather than continuing the cycle of wallpapering over problems before selling it on. What that means in reality is knocking down and rebuilding a good chunk of it. After over 2 years of designs, planning applications, party wall agreements, pandemics and builder waiting lists, work finally began in November.

While quite stressful in some ways, it’s been a relief just to begin. I’ve spent the last 2 years living in a pergatory house. It never made sense to fix anything knowing that it was due to be pulled down soon.

The concrete foundations were laid just before Christmas. No major disasters so far. I hope to be in the house in early spring. (cut to Kevin McCloud in August 2023)

After 9 years of contracting, I’ve been vaguely wanting to get a proper job for a couple of years, but I needed to have the money for my building work sorted first. With that done, I started at dxw a month ago. Not much more to report yet.

We started this fire art project in 2019, but were majorly delayed by the pandemic. Getting a beta version to a public event was a big milestone that reinvigerated the project.

I haven’t gloated nearly enough about this online.

This hasn’t been in the works for years. It surprised me as much as everyone else. In April I booked myself in for an online group seminar at the Allen Carr clinic and I haven’t smoked since. I’m thinking I might write properly about this when I reach a year, but overall this has been a pretty great development for me. Turns out smoking is bad for you.

This year I only had between March and September where I knew my garden wouldn’t be a building site, but that’s prime months to have a snatch crop. Unfortunately, as if there wasn’t enough problems, this year was an incredibly difficult growing season: if it wasn’t too cold and dry, then it was perfect slug weather. 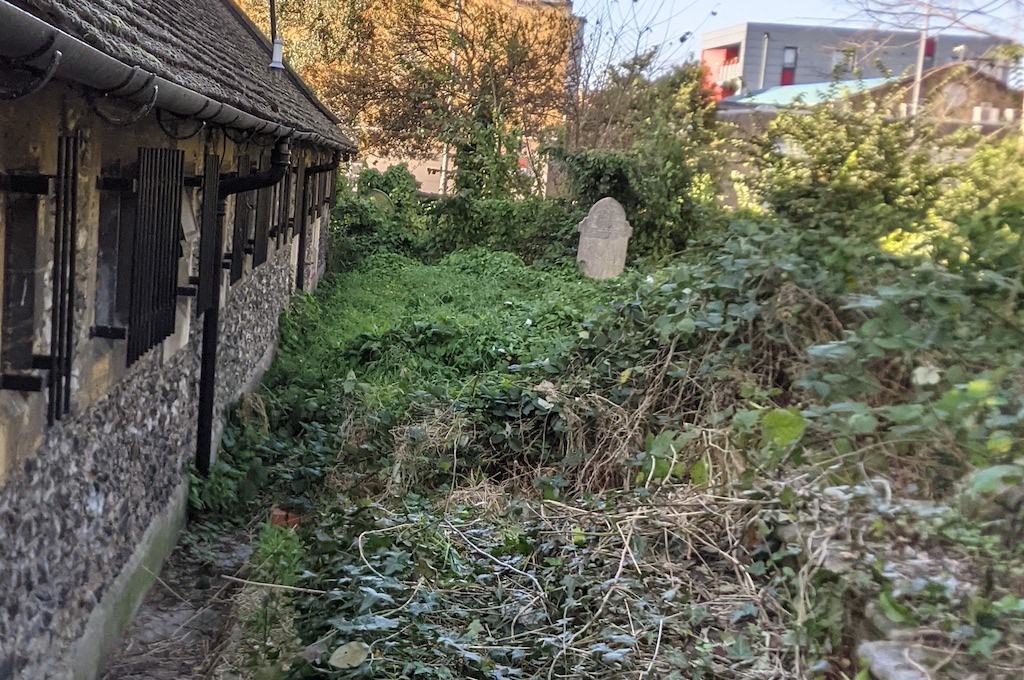 While private gardening has its advantages, I find having a hobby without community a bit weird. Since March I’ve spent most Wednesday mornings in the grounds of Leyton Parish Church. ‘Gardening’ is a too delicate term for what I’ve been doing there so far, which is mainly cutting down brambles and sycamores. It’s been a great mid-week counter-balance to a work-from-home desk job.

This has been the first full year for both me and the group that have taken over responsibilities for the church, so as we cut back the overgrowth we’ve been discovering needles, machetes, cut-open safes, the various histories, and local politics.

Progress has been slow, but given the size of the challenge, I’m pleased that there has been any. It could easily have been 1 step forward, 2 steps back. There’s been a church there for at least 1,000 years, so for me this project is definitely a marathon not a sprint.

I have recently restarted doing weekly badminton on Mondays with my childhood boy friends. It’s been good to start the week with something that’s physically, mentally and socially good for me.

In August I got my second vaccine. 2 weeks later I completed my final work contract and spent September camping in fields, catching up with groups of friends I hadn’t seen in 2 years at informal co-created gatherings: 6 of us wild-camping in the Brecons, 20 queer hippies outside Bristol, 40 organisers of an imaginary festival outside Diss, 100 beta testers dusting off the Bimble tent, 200 guests at a pretend wedding.

I even went to a real festival, one I hadn’t been to before: Balter Festival. My initial scepticism was quickly turned and I had one of my favourite weekends of the year.

In October I finally got to spend some much overdue time in Austria with my partner’s family.

Closer to home I enjoyed attending and helping out at Runt of the Litter. It’s been the time I’ve most felt like I’m back in pre-pandemic London.

I also continued to spend an embarassing amount of time staring at Youtube, although I worry we’re at the tale end of the hey-day of long form content as it learns the lessons of TikTok.

Actually socially existing online has been less good. I don’t want to get involved in any of the Web3 nonsense, but I’ve also felt like I’m getting less and less value out of the Web 2.0 social networks. I’m still lightly active on Facebook, Twitter and Instagram. Instagram stories is the only place where I feel my bubble is protected from being infiltrated by the most addictive viral content, but I can feel Reels creeping in.

I actually do miss them. I miss Facebook events helping me attend and run events. I miss tagging the photos afterwards. I miss my friends’ tweets about their breakfast instead of strangers’ weaponised outrage. I miss browsing foursquare checkins for impromptu beers. Some of this is of course me missing my early 20s, but I find having dozens of unruly whatsapp groups, slack channels and discord servers the worst version of the internet for me so far. The semantics are as broken as myspace, but without any of the joy.

Partly as a reaction to this, I’ve made this website.

I’ve had abscond.org since I was 14, but it’s just been pointing at my social media profiles for the last decade. This year I dusted it off and have started doing things here again. I haven’t done it with a big bang or big commitment. I’ve set it up as a jekyll site to allow me to get something up and running quickly, but also giving me the most flexibility to expand it in the future as needed.

I haven’t made any commitment to post regularly, or stick to a particular theme or audience, just a general effort to keep doing stuff here. It continues to take me far more time and effort to write each post than I’d like, but this low pressure approach is helping me not give up.

I’m obviously scared to make any plans or commitments for 2022, but:

For more content you can see all my posts tagged with 'note', all of my posts, or read about me.